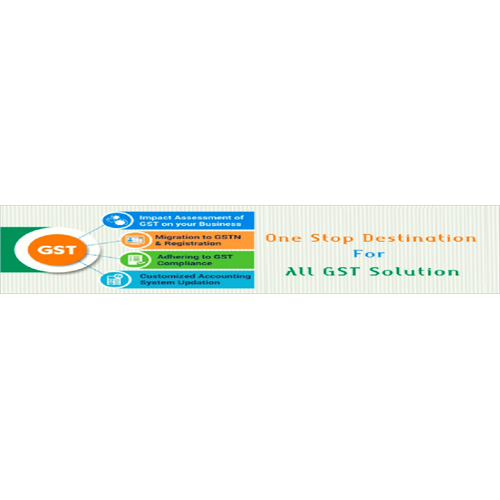 Backed with an immense market experience, we are acknowledged in bringing an excellent service of GST Registration Services. These are an indirect tax which utilized in India for the purpose of supplying goods and services. Therefore, provided services are multistage and comprehensive because of its subsumed in all the indirect taxes except the few state taxes included. It is useful to eliminate the cascading effect of taxes. It also aids to increase the exemption limit for small traders, service providers and other business owners. Its main purpose is to create a single, unified market which give a huge profit in economy as well as firm both. It has been exempted in healthcare and education services. GST Services are basically imposed at each and every step in the production process as to refund to all the parties in different types of stages of manufacturing production other than the final consumer.

These are collected from an exact point of consumption as well as origin of other previous taxes. These are subdivided into five various slabs for the purpose for collection of tax such as 0%, 5%, 12%, 18% and 28%. The taxes which are not included under GST and hence separately paid by the consumer to the state government to various things such as petroleum products, cocktail drinks, and electricity depend on the precious tax (citation needed). There is a special rate of tax 0.25% on the precious as well as semi-precious stones and 3% rate tax on gold. [1] In addition a cess of 22% or other rates on top of 28% GST applies on few items like aerated drinks, luxury cars and smoking products.

However, the tax came into an effect from 1 July 2017 through the implementation of the One Hundred and First Amendment of the Constitution of India by the Indian government. The GST replaced existing multiple taxes levied by the central and state governments. The tax rates, rules and regulations are governed by the GST Council which consists of the finance ministers of the central government and all the states. The GST is helpful to replace a slew of indirect taxes with a federated tax and is therefore expected to reshape the country's 2.4 trillion dollar economy, but its implementation has received criticism.[3] Positive outcomes of the GST includes the travel time in interstate movement, which dropped by 20%, because of disbanding of interstate check posts.